A Developer in a Designer Hat 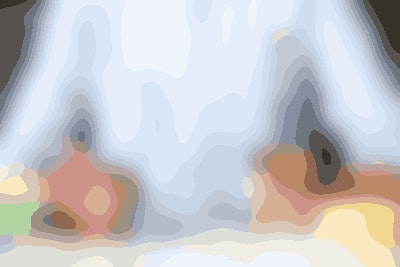 I want to share a client project in the form of a journal entry after you have a chance to gloss over the infographic. The focus is on how our team was formed and how we managed roles and responsibility for design in a new way. I had a hard time writing this post at first. I wasn’t sure if it was because the details were difficult to fully remember (this was months back), if I had some inner wrestling with finding my place in the story, or if I struggled to find the best writing method to share what happened. But this project experience really challenged me. I had to come to terms with a software engineer putting on a “designer hat” and working on the project with me that I had been on solo for a year-and-a-half. Grant is a SEP home-grown developer, but he has an eye for design and UX. He wanted a project to experience the design process, and I luckily got paired with him, totally unexpectedly. One day my project manager told me he might join me in some nearby efforts, and the next day he moved his things to the desk next to mine and asked me where to begin. I didn’t actually know that I struggled with the thought of an “outsider” (how I saw it at first) doing design work with me fully until this experience. The worst part was that Grant is a wonderful human, and it’s pretty difficult to get frustrated with him. He’s very positive and eager. I tidied up my fears that he might be sharper, more creative, or faster at “my job” each day at the beginning because rationally I knew that was ridiculous to have such a scarcity mindset. But it wasn’t easy. And I still felt those things. I failed sometimes and tried to take control or find new ways to show my value. Along the way, Grant was good at the tools. He learned quickly, and some of his skills did seem to outshine mine. I felt a little phony at times. But as we progressed, I tried to open up about these thoughts because they needed to be acknowledged and untangled. I felt insecure that someone might find my work too easy and BOOM! Imposter! But we continued. I learned working with him how he learned our process of discovery and delivery. And I tried to find new ways to explain the vocabulary, principles, and why we tested things when we did. We ran into some issues where the healthcare nature of our product yielded slower responses from our busy stakeholders. But we were sensitive with the personal identifiable information (PII) and derived many test data for rapid prototyping. I remember when we would have interaction discussions with the development team and gather divergent ideas. Grant and I loved working on the synthesis and converging the options. He made me feel like I knew what I was doing. He was helpful and had ideas that led to some of our solutions. We were working in the clinical trial space making a partial mock EHR solution for our client. When we had our first feedback meeting together, we really sounded like a team. Grant explained the nuances of the prototype to allow multiple roles within the system and how he created the hotspots. I remember his willingness to make what needed to be made and try anything. That stuck with me. Eventually, we split up our pairs instead of both of us with one developer to just one of us with one developer, and I found trust in the process and the partnership—the new Grant + Chelsie version (CHANT!). He had to switch back to development after a couple of months, but I took away so much about myself and the job. Makers are makers, no matter our titles or strengths. We found synergy. And I am thankful for the uncomfortable growth.