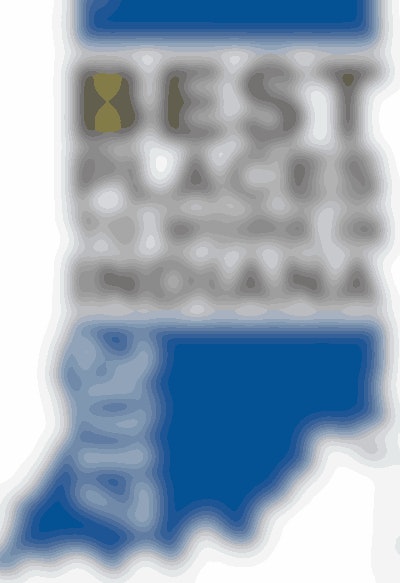 They come from throughout the state and across 25 industries. They are the 100 honorees on the 2017 Best Places to Work in Indiana list. In this week’s announcement, the Indiana Chamber of Commerce said that nearly half (49) of the winners are from the small employer category and almost a third (32) are first-time honorees or returning after at least a year’s absence.

Offers Indiana Chamber President Kevin Brinegar: “Best Places to Work in Indiana not only recognizes our state’s outstanding employers, but also sets a high standard for other Hoosier companies by encouraging them to realize the importance of evaluating their own workplaces.

“It is clear that a positive work environment makes employees more engaged in their job and in their company, which is a win for everyone.”

The 2017 honorees represent more than 20 cities throughout the state, with multiple winners hailing from Bloomington, Carmel, Evansville, Fishers, Fort Wayne, Michigan City, New Albany, Noblesville and West Lafayette, in addition to Indianapolis. A total of 200 companies applied to the program this year.

The actual rankings for the companies will be unveiled at a May 2 awards dinner, presented in partnership with Hylant, at the Indiana Convention Center (Sagamore Ballroom) in downtown Indianapolis.

These top companies in the state were determined through employer reports and comprehensive employee surveys. The Best Companies Group, which handled the selection process, oversees similar programs in 29 other states.

“We are thrilled to be named to the Best Place to Work Hall of Fame. While we’ve made the list several times, this isn’t something we take for granted”, said SEP’s president, Raman Ohri. “A company is an ever-changing entity, with market pressures, new challenges, and new faces. It’s great to know that we’re holding true to our purpose, building great products for our customers and delivering a great career for our employee-owners.”

The 2017 Best Place to Work in Indiana companies range in Hoosier employee count from 15 (SMARI, a consulting firm in Indianapolis) to more than 1,700 (Horseshoe Casino in Hammond).

Organizations on this year’s list that have displayed sustained excellence during the program’s 12-year history receive additional recognition.

Hall of Fame companies are those that have been named a Best Place to Work in Indiana at least two-thirds of the time in the program’s history; a total of 15 organizations on the 2017 list meet that criteria.

For more information on the Best Places to Work program, go to www.bestplacestoworkIN.com.