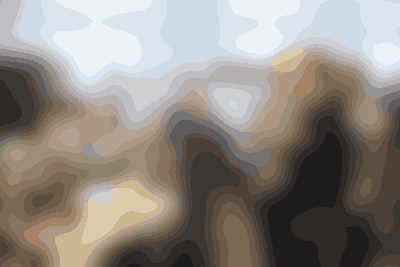 On November 1st, the project I had been working on for seven years ended. It was an incredibly rewarding professional and technical experience. I learned what it was like to integrate into a large company and dozens of other development teams. I worked in technologies I had never worked in before, and on a code base of at least ten million lines of code. I helped solve problems that I didn’t even knew existed in 2012 in an industry that is much more complex than I originally thought.

But I won’t remember this project for any of that.

I’ll remember all the relationships I made within my own company. By my count, I worked with thirty-nine different SEP employees during my tenure on this project. I met, worked with, developed relationships with, and even became friends with many of them and over those seven years.

I’ll remember all the traveling I did to visit our clients. Over seven years, I spent dozens of weeks at our client’s out of town office. In that time, I was able to explore a new city. That city is now like a second home. I have favorite restaurants and bars around my hotel. I’ve played golf at the local courses there. It’s a place I know and love now.

I’ll remember where I was when I started this project. I had been in a rut, workwise. I was working on a lot of smaller short-term projects, many by myself. I had stretched myself too thin with commitments outside of work. With my energy low and without accountability from a team, my productivity suffered. I was on probation for about six months for my lack of production. I needed a change.

This project gave me a new energy. Working with a team gave me a sense of purpose I had been lacking for a while. On top of that, I reduced my outside commitments to allow me to be fully present at work. It helped me get back on track, and I was able to work and advance at a company that I love.

Fast forward to last month. I was at my client’s office for the last time. I was walking around saying goodbye and good luck to all the people we had worked with across the years. I was humbled by their words, both for me personally and for our teams in general. Person after person truly appreciated the work we had done in improving their company’s products and services. Knowing we had that sort of impact is exactly the sort of thing I always wanted to accomplish, and it’s apparent we were successful.

I became an engineer because I loved math and science and solving problems. I became hooked on the flexibility and seemingly infinite potential of software and its ability to adapt to the changing needs of the world. But I’m still an engineer because of the people: the teammates and friendships I developed, the clients whose lives we’ve improved and everyone else I met along the way.

I can’t wait to see who I get to learn from and help next.